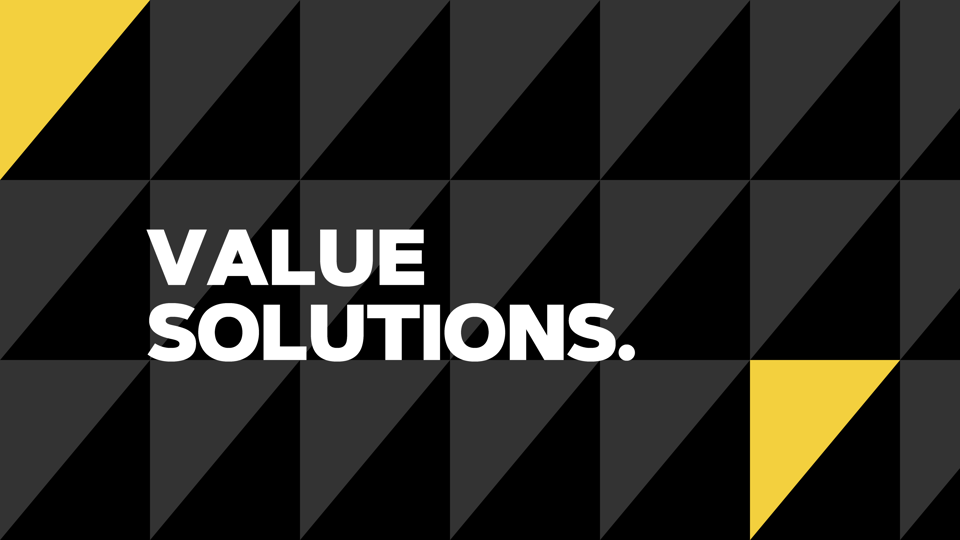 Kasowitz’s Bankruptcy Litigation and Restructuring team is one of the leading bankruptcy groups in the country.  We have extensive experience representing parties in out-of-court workouts, restructurings, insolvency and bankruptcy litigation, and all related and attendant state and federal court litigations.

Our clients include private equity firms, hedge funds, companies, bondholders, lenders, and official and ad hoc committees having a wide range of interests in all aspects and at all levels of an enterprise’s capital structure in distressed situations.

We excel at developing highly effective strategies to meet each client’s particular needs and, when aggressive action is appropriate, we capitalize on our powerful bankruptcy litigation and trial capabilities.

Fred’s.  Fred’s, a leading retailer with 556 general merchandise and pharmacy stores across the southeast United States, in its Chapter 11 bankruptcy case.

TPG/Caesars.  TPG and senior partners in bankruptcy proceedings and state and federal court actions concerning the principal operating subsidiary of TPG portfolio company Caesars Entertainment Operating Company, along with certain directors of Caesars’ parent company.  The parties agreed to a Plan of Reorganization under which all potential claims against TPG, as well as the parent’s directors, were released.

Toys "R" Us.  Cyrus Capital Management as the “fulcrum” or critical creditor constituency at the parent company Toys "R" Us in all aspects of Toys "R" Us’ pending Chapter 11 case.

LightSquared.  Harbinger Capital in restructuring its $2 billion investment in LightSquared, including related litigation by Harbinger against Dish Network and the FCC.

SunEdison.  Ad hoc group of SunEdison second lien lenders in the Chapter 11 bankruptcy of SunEdison, once the fastest-growing U.S. renewable energy company, in asserting claims against, among others, SunEdison’s directors and officers in connection with the offering and solicitation of the second lien credit facility.

Essar Steel.  The Official Committee of Unsecured Creditors which represents the interests of over $1 billion of unsecured creditors in all aspects of the bankruptcy proceedings, including post-petition financing, a competitive sale process and plan negotiations.

Adelphia.  Official Creditors Committee of Adelphia Communications in designing Adelphia Communication’s Chapter 11 plan, advising on a $11 billion asset sale and numerous actions against, among others, commercial banks and their investment bank affiliates, resulting in hundreds of millions in recoveries.

Renco Group.  The Renco Group and its owner and founder, Ira Rennert, in the Chapter 7 bankruptcy proceedings of Renco’s subsidiaries, Renco Metals and Magnesium Corporation of America, including the analysis and prosecution of certain claims against the estates, and in. a lawsuit against Wilmington Trust, as trustee for the bondholders of Renco Metals, seeking to disallow the bond claims.

Harbinger Capital Partners II, LP and other funds in obtaining the denial of Apollo Management’s motion to reopen LightSquarehd’s Chapter 11 cases. Apollo sought a ruling from the Bankruptcy Court concerning Harbinger’s right to assert its pending claims in New York State Supreme Court against Apollo and other defendants alleging a massive fraud, inducing Harbinger to invest approximately $2 billion in LightSquared, which had been compelled to file for Chapter 11.

CIL Limited.  Petitioning creditors in the successful commencement and prosecution of an involuntary Chapter 7 petition against CIL Limited, f/k/a CEVA Investments Limited, and special counsel to investigate and prosecute potential claims CIL has against various parties in connection with the recapitalization.

Anderson News.  Anderson News, the second-largest wholesaler of books and magazines in the U.S., in its Chapter 11 case.

Forest Oil Corporation and Sabine Oil & Gas.  Former directors and officers in successfully defending against an attempt by the Official Creditors’ Committee to obtain standing to assert claims challenging a merger transaction and to assert claims for breach of fiduciary duty.  The Bankruptcy Court, which was affirmed by the District Court, denied standing and held that the officers and directors satisfied their duty of care.

Hercules Offshore.  Official Equity Committee in the Chapter 11 bankruptcy of Hercules Offshore, the parent company of 41 subsidiaries that operate oil drilling vessels. As a result of our efforts in litigation and mediation, the ultimate confirmed plan provided equity with a guaranteed recovery and substantially reduced the “make whole” claims of the first lien lenders.

Energy Future Holdings.  Ad hoc group of Energy Future Holdings (f/k/a TXU Corporation) legacy noteholders, in the case stemming from the largest leveraged buyout in history.  Following intensive discovery and a two-day trial, we successfully blocked a $2 billion loan and a restructuring support agreement, which would have transferred substantial value to other parties-in-interest, to the detriment of our clients.

General Motors.  Ad hoc committee of term loan lenders under the $1.5 billion General Motors term loan issued with respect to GM’s reorganization in a trial seeking to invalidate their secured claims and recover payments made in respect of their collateral.

Lehman Brothers.  A group of eight investors holding approximately $1.4 billion of RMBS certificates of trusts with claims against the Lehman bankruptcy estates.

MF Global.  MF Global Holdings in investigations pursued by the Department of Justice, Securities and Exchange Commission, and Commodities Futures Trading Commission, and Special Investigative Counsel for MF Global Holdings and its Chapter 11 Trustee, in responding to investigations commenced by numerous federal regulators, including the DOJ, CFTC, and SEC, and on issues related to its bankruptcy proceedings.

Tribune Company.  Law Debenture Trust Company of New York, trustee for 18% of the outstanding senior notes issued by Tribune, in the Chapter 11 cases of Tribune.  We focused on “state of the art” state law fraudulent conveyance claims related to the $11 billion leveraged buyout for Tribune that was orchestrated by Sam Zell.  We brought claims to enhance the recovery to unsecured creditors, including Tribune’s bondholders. We continue to prosecute claims against recipients, including CalPERs, of fraudulently conveyed assets, against which we successfully defeated sovereign immunity defenses.

Capmark.  Special litigation counsel to the Official Committee of Unsecured Creditors of Capmark Financial Group, pursuing claims related to the prepetition conversion of $1.5 billion of the debtors’ unsecured bank debt into secured debt.  We also represented the reorganized company in a $145 million insider preference action against Goldman Sachs.

Innkeepers USA Trust.  Five Mile, the largest holder of trust certificates issued by a CMBS trust that held an $825 million mortgage, as post-petition lender for the debtor and stalking horse bidder in the Chapter 11 cases of Innkeepers USA Trust, owner and operator of 72 hotels.  We implemented a sales process for the enterprise, which led to a highly successful auction.

Lyondell Chemical.  Wilmington Trust as indenture trustee for holders of $1.3 billion in subordinated notes, in Lyondell’s Chapter 11 cases.  We brought litigation against Lyondell and the leveraged buyout lenders, resulting in a successful settlement, which included a $450 million settlement of fraudulent transfer claims against the lenders.

Trump Entertainment Resorts.  Donald J. Trump and Ivanka Trump in the chapter 11 bankruptcy cases of Trump Entertainment Resorts, owner and operator of the Taj Mahal, Trump Plaza, and Trump Marina casinos in Atlantic City, including an extensive confirmation fight with competing Chapter 11 plans that resulted in a victory when the bankruptcy court confirmed the plan backed by Mr. Trump.

MCI/WorldCom.  Ad hoc committee of senior bondholders of MCI. Through a strategy of negotiation, with a threat of opposing substantive consolidation, our client obtained a recovery of 80% versus 26% for all other unsecured creditors of the MCI and WorldCom estates.

Delphi.  Controlling block of domestic trade creditors of the principal operating subsidiaries and divisions in the Chapter 11 cases of Delphi, a global supplier of electronics and transportation systems for the automotive industry.  We represented the trade creditors and ensured full payment to this class in the debtors’ initial Chapter 11 plan.

Verestar.  Special counsel to the Official Committee of Unsecured Creditors of Verestar in prosecuting estate litigation claims for alter ego and breach of fiduciary duty against the Fortune 500 public parent company of Verestar and its directors for over $150 million.  The primary claims against the defendants survived a motion to dismiss and the action proceeded to mediation, resulting in a favorable settlement for creditors.

Smurfit-Stone.  Common stockholders of Smurfit-Stone Container, the second-largest containerboard producer in North America.  We opposed confirmation of the debtors’ proposed Chapter 11 plan of reorganization that sought to wipe out common stock.  After extensive discovery and a multi-week valuation, trial the matter settled on favorable terms with a substantial distribution to the common stockholders.

Refco.  Official Committee of Unsecured Creditors, general counsel to the Additional Creditors’ Committee, and counsel to the RCM Plan Administrator, the Refco Plan Administrator and the Refco Liquidating Trust in the wind-down of Refco’s Chapter 11 estates.  We handled the prosecution and settlement of claims relating to a $1.4 billion leveraged recapitalization, prosecution of claims against all underwriters and major financial institutions involved, and prosecution of the confirmed joint Chapter 11 plan. 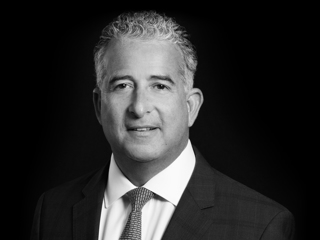 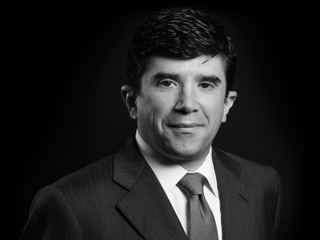 Practical, creative and fantastic on their feet.  Go-to adviser in bankruptcy and litigation matters.

Legal 500 US 2018 Recommends Kasowitz as a Leading Law Firm

The Legal 500 US has again recommended Kasowitz Benson Torres as a leading law firm in the 2018 edition of The Legal 500 US guide; numerous firm lawyers are also highlighted in the publication.