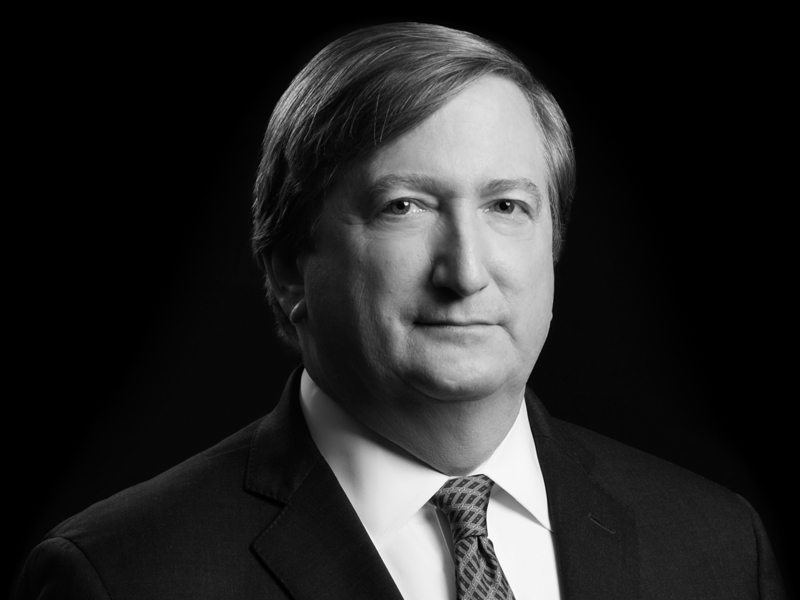 Daniel J. Fetterman, Chair of the firm’s White Collar Defense and Investigations Group and a former federal prosecutor, is recognized as one of the country’s leading trial and white collar lawyers.  He represents corporations and individuals in significant white collar, securities, commercial, accounting and trade secret litigation.  Chambers USA describes him as a “go-to litigator for high-profile individuals and institutions” and a “fantastic courtroom lawyer” who is “very strategic” and “held in high esteem.”  Chambers USA also recognizes Dan as “a genuinely gifted trial lawyer” who is “well known for his expert defense of individuals and corporations” and for his “extensive expertise in complex litigation and white collar criminal defense.”  The Legal 500 describes Dan as "an all star" who "understands strategic thinking in a client focused way," "sees the playing field in a way few others do," "is trustworthy and has the most effective manner" and "knows when to fight and when to compromise."  The National Law Journal recognized Dan as a White Collar Trailblazer, a ranking honoring 50 of the country’s elite white collar lawyers for their “deep passion and perseverance... having achieved remarkable successes.”  Dan is also recognized in Super Lawyers, and Best Lawyers, among others, and is a fellow in the Litigation Counsel of America’s trial lawyer honorary society.

Dan has won numerous jury trials and successfully argued appeals in federal and state courts. He was lead trial counsel for MF Global Holdings in a highly-publicized $3 billion lawsuit against PwC, which settled during the third week of trial. He also tried a 17-month jury trial, the longest in Alabama history, which resulted in more than $100 million in jury verdicts.  The Washington Post described the case as a “huge victory” in a “landmark” lawsuit.  Dan represents clients in their most significant matters, including MF Global Holdings in multiple enforcement investigations following MF Global’s bankruptcy, Hilton Worldwide in civil litigation and a high-profile grand jury investigation relating to its alleged theft of trade secrets, the New York Jets in litigation over its attempt to build a stadium in Manhattan, and a consortium of private equity firms in connection with funding their $8.5 billion acquisition of Home Depot Supply.  Dan has conducted numerous internal investigations on behalf of corporations, boards, and special committees concerning, among other things, alleged securities fraud, insider trading, sanctions, money laundering and FCPA violations, theft of trade secrets, accounting malfeasance and obstruction of justice.

Before joining Kasowitz, Dan was an Assistant United States Attorney for the Southern District of New York where he received the Justice Department Director’s Award for Superior Performance as an Assistant United States Attorney.  Dan also co-edits and co-authors a highly-acclaimed white collar treatise, Defending Corporations and Individuals in Government Investigations. The treatise, which has been used in law school courses at Harvard and Yale, has been praised as a “must-have resource and reference for any lawyer involved in white collar matters,” and an “extraordinary contribution to the white collar bar.”  Dan is frequently quoted as a legal authority and has been quoted in publications including The Wall Street Journal, International Financing Review, the FCPA Report and Compliance Week.

Dan also frequently speaks at industry conferences, including serving as co-chair and speaker at the “Defending Corporations and Individuals in Government Investigations” conference.  He was a panelist on the Challenges in Cross-Border White Collar Criminal Investigations panel in Tokyo in 2019 and on the White Collar Investigation and Enforcement: A U.S./Canada Comparison on Recent Trends panel in Montreal in 2018 at the respective New York State Bar Association International Section conferences.  He also has presented “Great and Not So Great Moments in Litigation,” at the American Law Institute’s 2017 Accountants’ Liability conference, as well as “The Emerging Law of Cybersecurity and Data Breach Liability” in Palo Alto, CA.

Dan has served as adjunct professor of law at Washington & Lee University School of Law and currently serves on its Alumni Law Council. He also is a Life Fellow of the American Bar Foundation.  Dan clerked for the Honorable Ellsworth A. Van Graafeiland, U.S. Court of Appeals for the Second Circuit.

"[A] really high-quality, strategic lawyer" who has "deep knowledge and experience in white-collar criminal defense."

Kasowitz Benson Torres achieved an extraordinarily favorable sentencing result for Abraham Jose Shiera-Bastidas, charged with an alleged $1 billion criminal FCPA conspiracy and one of the most significant individual FCPA cooperators in history.

Kasowitz represented MF Global Holdings in a highly publicized $3 billion trial against PwC before the Honorable Victor Marrero in the U.S. District Court for the Southern District of New York. The lawsuit settled during the third week of trial.

Kasowitz Benson Torres, on behalf of 14 former senior executives and employees of Nikko Asset Management, who were victims of Nikko’s scheme to extinguish their stock acquisition rights worth tens of millions of dollars, has defeated Nikko’s motion for summary judgment seeking to dismiss their claims.