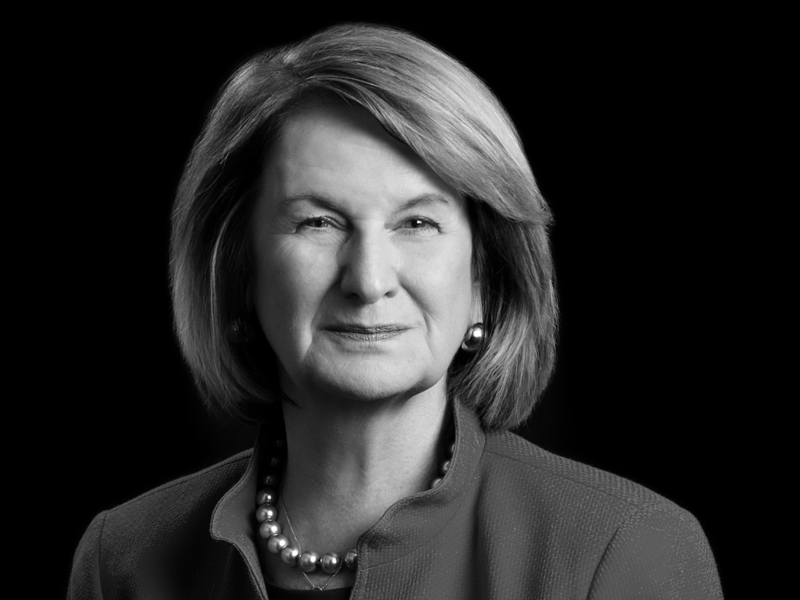 The Hon. Clarine Nardi Riddle, Chair of the firm’s Government Affairs and Strategic Counsel Practice Group and former United States Senate Chief of Staff to Senator Joseph I. Lieberman, draws on her insider’s perspective of the legislative and judicial systems to provide legal, strategic and policy advice to national and international clients on matters at the intersection of law, business and public policy.

Clarine served as the first female state Attorney General of Connecticut, during which time she handled many state investigations and numerous multi-state litigation matters, and gained an appreciation for the role that state attorneys general play in virtually every legal issue. In addition, she served as a Judge of the Connecticut Superior Court, Connecticut’s highest trial court of general jurisdiction, and Special Counsel to Senator Lieberman, as well as his Deputy and Counsel, when he was Attorney General of Connecticut. Prior to becoming Senator Lieberman’s Senate Chief of Staff, she was Senior Vice President and General Counsel of the National Multi Housing Council, an association representing the interests of the nation’s most prominent owners and operators of multifamily rental housing. She also served as Deputy Corporation Counsel for the City of New Haven, Connecticut.

Clarine has a wide range of experience at the local, state and federal levels of government. In addition to having been a leader of bipartisan chief of staff groups on Capitol Hill, she has a solid record of collaborating with the White House and decision-makers on both sides of the aisle to shape legislation and to assist in the approval of presidential executive and judicial nominations. She also has worked with various political action committees, and has extensive experience working with advocacy groups and grassroots networks to advance legislative goals. She worked with Senator Lieberman in virtually every major area of public policy, including national and homeland security, foreign policy, fiscal policy, environmental protection, human rights, health care, trade, energy, cybersecurity and taxes. She couples this with her judicial experience to provide legal, strategic and policy advice to national and international clients on matters at the intersection of law, business and public policy.

Clarine has been named a Government Relations Trailblazer by The National Law Journal in recognition of her path-breaking career in government affairs and public service.  Additionally, the Connecticut Office of the Attorney General established a new leadership award in honor of Clarine, The Clarine Nardi Riddle Award for Outstanding Leadership, which recognizes an employee of the Connecticut Office of the Attorney General who has demonstrated the highest ideals of leadership, including professional integrity, diplomacy and superior strategic decision-making skills.

Clarine was a member of the Blue Ribbon Committee of the US Army War College Board of Trustees to identify how to attract and retain females in teaching positions at the College. She is currently an active co-founder of No Labels, an organization of Republicans, Democrats and Independents, whose mission is to move America from the old politics of point-scoring toward a new politics of problem-solving. Clarine is also an appointed member of the Economic Club of Washington, D.C., a non-profit, non-partisan corporation established in 1986 to reflect the unique and critical role that Washington plays in the national and world economies. Additionally, she serves as Chairperson on the Indiana University Maurer School of Law Center for Constitutional Democracy Advisory Board, the Board of Advisors to the National Bureau of Asian Research, the Board of Trustees and Counsel of the Center for Excellence in Education, and the Board of Directors of the National Campaign to Stop Violence.

Clarine regularly writes on a wide variety of legal and political topics. Recently she authored "National Service Needs to Be a National Priority," published by The Hill.  She frequently is a featured speaker and participates in various panels, including “Careers in Law in the US and the US Rule of Law,” at the US-Asia Institute’s J. Matthew Szymanski Rule of Law Program; "Is Bipartisanship in Congress Dead?," at the Berkeley Haas MBA Executives Program; the “No Labels Speaker Series,” at the No Labels headquarters; "Legal Careers in Congress and DC," at a large DC law firm; “The Future of Bipartisanship," at the Berkeley Haas MBA Executives Program; “Preparing for your Capitol Hill Visits: The Internal Dynamics of a Senate Office," at the 7th Annual Convention of the Turkic American Alliance; “Judging and the Rule of Law" and "Judges and Judicial Decision Making - So Much to Consider," at The Archer Center, University of Texas DC Program; and "Corporate Governance Roundtable," at the American Bar Association Business Law Section Fall Meeting.

Indiana University has awarded Kasowitz Benson Torres counsel Clarine Nardi Riddle the Indiana University Bicentennial Medal, which recognizes organizations and individuals who, through their personal, professional, artistic, or philanthropic efforts, have broadened the reach of Indiana University around the state, nation, and world.