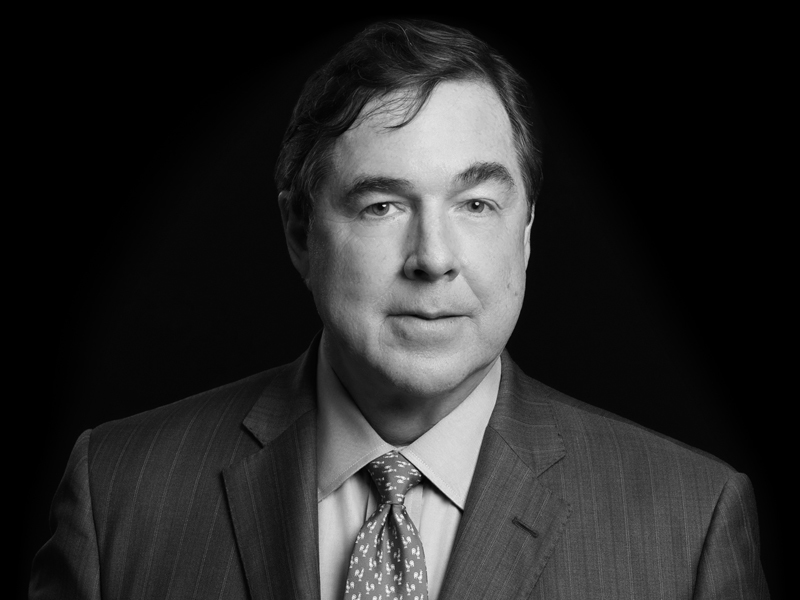 Edward E. McNally is a former United States Attorney and Assistant U.S. Attorney who, following the September 11th attacks, was appointed by the President as the nation’s first General Counsel for homeland security and counter-terrorism. Described in the press as “one of America’s top white collar crime lawyers” and “top defenders in complex financial cases,” news reports call Mr. McNally a “high profile attorney” who is “larger-than-life,” “highly regarded in legal circles,” and a “charismatic” lawyer who’s had “a storied legal career.”

With over two decades of federal, prosecutorial and law enforcement experience, including in the leadership at Criminal Division headquarters of the U.S. Department of Justice, in the Office of the Counsel to the President of the United States, and as an Assistant U.S. Attorney in the Southern District of New York (SDNY), Mr. McNally is a trial and appellate lawyer whose practice includes affirmative recoveries, antitrust, commercial disputes, business and other civil litigation, corporate governance, and internal investigations for fraud, Foreign Corrupt Practices Act (FCPA), public corruption and other matters.

He routinely leads the defense of white collar criminal cases, grand jury, antitrust and other investigations by federal, state and overseas government agencies, particularly in cases involving the FBI, the Department of Justice, SEC and state and regulatory authorities. As to these and other capabilities, the Attorney General of the United States called Mr. McNally a “smart, energetic, highly capable, and very effective attorney” with a “reputation for legal excellence, leadership, people skills and communications expertise,” and describes him as “a full package lawyer” who has been “repeatedly tapped to take on enormous national challenges.”

In this work Mr. McNally has appeared in courts throughout the U.S. and served as an advisor to three presidents, seven attorneys general and prominent CEOs and companies. He has participated in courtroom and other clashes involving the response to epic challenges such as the Sept. 11th attacks, the Exxon Valdez oil spill, Tiananmen Square, both Gulf Wars, and the largest criminal antitrust investigation in history, and has led representations on major civil, regulatory, criminal and other matters for Fortune 10 and other corporations and executives. In addition to obtaining for our clients affirmative recoveries numbering in the hundreds of millions of dollars, a core specialty is litigation, trials and crisis management for companies and individuals facing significant risk in multiple forums, including simultaneous civil and criminal litigation and investigations by federal grand juries, state AGs, Inspector Generals, SEC, FTC, regulators, Congress and the press.

The Secretary of Homeland Security described Mr. McNally as “an impressive and capable lawyer” who is “smart, quick, knowledgeable and disciplined,” and an “expert on prosecutions and homeland security.” He said that “as an advocate,” Mr. McNally is “tough, focused, tireless and fair,” and “highly regarded within the Department of Justice.” The Secretary called him “a go-to guy who knows how to deliver.” And added: “You would want him at your side in any fight.”

Previously, at Criminal Division headquarters in Washington, Mr. McNally worked closely with the Departments of State, Treasury, Defense, Homeland Security, SEC, Federal Trade Commission, U.S. Immigration and Customs Enforcement, Secret Service and others on international and multi-national law enforcement operations and initiatives. The Criminal Division includes more than 500 attorneys and other professionals responsible for federal criminal enforcement policy and handling criminal matters in federal courts across the U.S. in areas such as corporate fraud, securities fraud, FCPA, procurement fraud, money laundering, cyber security, public corruption and health care fraud. During this same time, Virginia’s two U.S. Senators also recommended Mr. McNally to the President as a candidate for nomination as the U.S. Attorney for the Eastern District of Virginia. Today, Mr. McNally is one of the few practitioners in the country who has served federally as a U.S. Attorney and an Assistant U.S. Attorney, locally as a District Attorney, and in state-wide office as the Chief Prosecutor and Deputy Attorney General of a state, let alone to have done so via appointments across the country from the East Coast to the West Coast, as well as the Midwest. As one newspaper profile reported, what Mr. McNally brings is “a reputation for hard work, a desire to succeed, and a history of rising above the crowd in every job he’s held.”

Earlier, during his service as a White House speechwriter during the administration of President George H.W. Bush, he was widely credited for his writings in connection with the first Gulf War and the fall of the Berlin Wall, including nationally televised Oval Office addresses and the Medal of Freedom award to Lech Walesa. He was also known for Barbara Bush’s watershed speech on diversity and choice at Wellesley College. NBC anchor Tom Brokaw called it “the best commencement speech I’ve ever heard;" CBS News anchor Dan Rather declared it was "the best speech made by any person connected with any summit.” A frequent public speaker, Mr. McNally previously served as a visiting professor at Beijing University on U.S. constitutional law, in his capacity as America’s first Henry Luce Scholar to serve in the People’s Republic of China. A Chicago native, he was educated at Yale, the University of Notre Dame Law School, and the London School of Economics.

Prior to joining the firm, Mr. McNally served in numerous government positions, including:

Legal 500 US 2019 Recommends Kasowitz as a Leading Law Firm

The Legal 500 US has once again recommended Kasowitz Benson Torres as a leading law firm in the 2019 edition of The Legal 500 US guide; numerous firm lawyers are also highlighted in the publication.

Kasowitz Benson Torres, on behalf of the estate of Duane Wilder, a prominent New York art collector and steel industry executive, has secured all of the proceeds from a court-ordered sale of a luxury condominium in Miami Beach, Florida in a contentious legal battle against Travis Dudley, who attempted to reverse the sale and claim the sale proceeds.