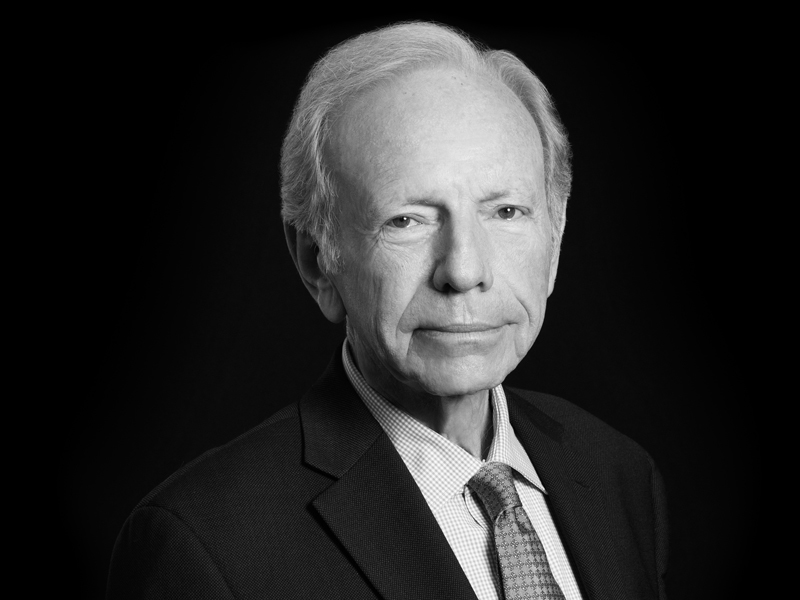 Senator Joseph I. Lieberman applies the investigative skills he honed as United States Senator and Attorney General of the State of Connecticut to represent clients in independent and internal investigations and advise them on a wide range of public policy, strategic and regulatory issues. As a seasoned leader who is skilled in the art of facilitating mutually beneficial and strategic agreements, Senator Lieberman also assists corporate clients on homeland and national security, defense, health, energy, environmental policy, and intellectual property matters. In addition, he counsels clients on international expansion initiatives and business plans.

Prior to joining Kasowitz, Senator Lieberman, the Democratic Vice-Presidential nominee in 2000, served 24 years in the United States Senate, retiring in January 2013 following the end of his fourth term. During his tenure, Senator Lieberman helped shape legislation in virtually every major area of public policy including national and homeland security, foreign policy, fiscal policy, environmental protection, human rights, health care, trade, energy, cyber security and taxes. He served in many leadership roles including as chairman of the Committee on Homeland Security and Government Affairs, which is the Senate's major oversight and investigative committee. On that Committee, Senator Lieberman led numerous congressional investigations, including investigations into Enron’s collapse, the federal government’s response to Hurricane Katrina, the Fort Hood mass shooting, and most recently the deadly attack in Benghazi, Libya.

Prior to being elected to the Senate, Senator Lieberman served as the Attorney General of the State of Connecticut for six years. He also served 10 years in the Connecticut State Senate, including three terms as majority leader.

Senator Lieberman is the recipient of numerous awards and recognitions.  In 2015, he received the Winston Churchill National Leadership Award, which recognizes an individual whose career has “exhibited the virtues of resolution, magnanimity and goodwill in the service of constitutional democracy, exemplified by the life and career of Winston Churchill.”  The award is sponsored by The Churchill Centre and was presented by the Speaker of the House of Representatives, marking the first time a Speaker of the House has presented the award.   In 2012, Senator Lieberman received the Ewald von Kleist Award, which is given to the individual who has “made an outstanding contribution to peace and conflict resolution,” by the Munich Security Conference, the most prominent independent forum for the exchange of views by international security policy decision-makers. That year the Republic of Korea also awarded him the Order of Diplomatic Service Merit Gwanghwa Medal.

In addition to practicing law, Senator Lieberman is co-chair of the American Enterprise Institute's American Internationalism Project, which is a cross-party initiative designed to rebuild and reshape a bipartisan consensus around American global leadership and engagement, and honorary national co-chair of No Labels, an American political organization composed of Republicans, Democrats and Independents whose mission is to “usher in a new era of focused problem solving in American politics.”  Since 2014, Senator Lieberman and former Homeland Security Secretary Tom Ridge have Co-Chaired the Bipartisan Commission on Biodefense, which has provided recommendations to improve the United States' efforts in the biodefense arena, particularly as it relates to biosecurity and pandemic preparedness.  Senator Lieberman is also on the Board of Trustees for The McCain Institute for International Leadership, the Board of Trustees for the Institute for the Study of War, and the Board of Directors of the Center for a New American Security.

Kasowitz Senior Counsel Senator Joseph I. Lieberman was a featured speaker on the panel “The Fragile Web in a Vulnerable World” at the Mind the Tech NY 2018 Conference.