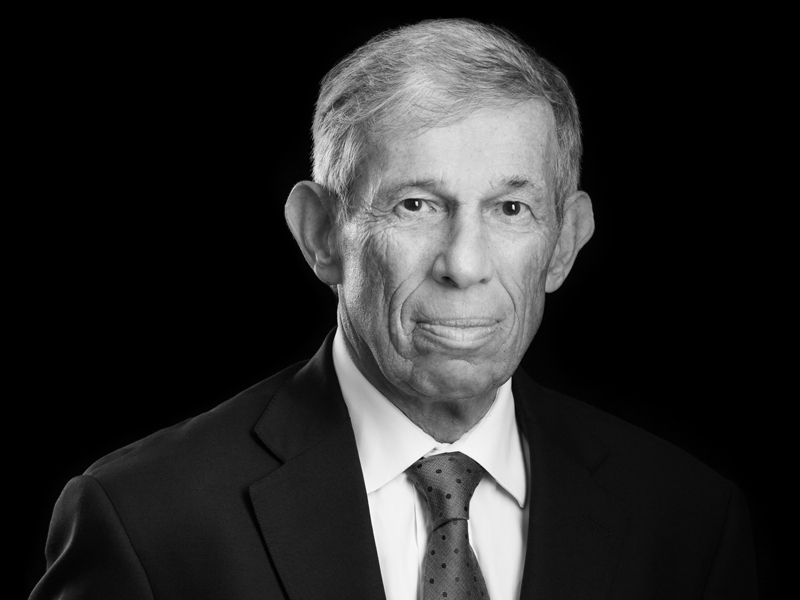 Jerry Oshinsky has more than 35 years of experience litigating insurance cases in federal and state courts throughout the country.  Chambers USA has regularly ranked him as a Star among national insurance lawyers and was the honoree of the Chambers “Lifetime Achievement Award.”  Clients have commented to Chambers USA that Jerry is “an excellent attorney” and “one of the most knowledgeable policyholder lawyers.”

Chambers USA, Benchmark Litigation and Lawdragon 500 consistently rank Jerry as a leading practitioner in his field.  Lawdragon and Legal 500 each named Jerry a Hall of Fame practitioner.  The National Law Journal named him a Litigation Trailblazer and Best Lawyers named him Lawyer of the Year.

Jerry has also been retained as an expert witness in a number of insurance cases, including on behalf of Tadiran, an insurance case involving defective air conditioners that burst into flame unexpectedly.  The case was settled after extensive litigation in Israel and the United States.  He has also served as an expert witness for USF&G, a company that had paid billions of dollars of claims and was seeking re-insurance.  The case was favorably settled.

Jerry has published numerous articles on insurance topics.  His publications include “Does Your Insurance Policy Protect Against Liability Under the New HIPAA Regulations?” in URMIA Journal; “Is Your Organization Adequately Protected Against Liability Under the new HIPAA “Omnibus” Regulations – Risk Mitigation Considerations” in Lexology Newsletter; and “Practitioner’s Guide to Litigating Insurance Bad Faith Claims,” in Journal of Taxation and Regulation of Financial Institutions.

Jerry also frequently lectures on insurance law topics.  Recent speaking engagements include “Insurance Bad Faith Claims Arising from the Investigation of Coverage Claims,” at a Strafford Publications Webinar; “Number of Occurrences in Insurance Liability Claims” at a Strafford Publications Webinar; and “Insurance Coverage Playbook for Unions in the 21st Century: Is There a Silver Lining” at the International Union of Operating Engineers Lawyers Conference.

He is wonderful to work with, smart, unassuming and a real star.

Chambers USA: America’s Leading Lawyers for Business, in its 2021 edition, has again recognized Kasowitz Benson Torres as a leading law firm and has recognized 11 Kasowitz partners as leading lawyers.