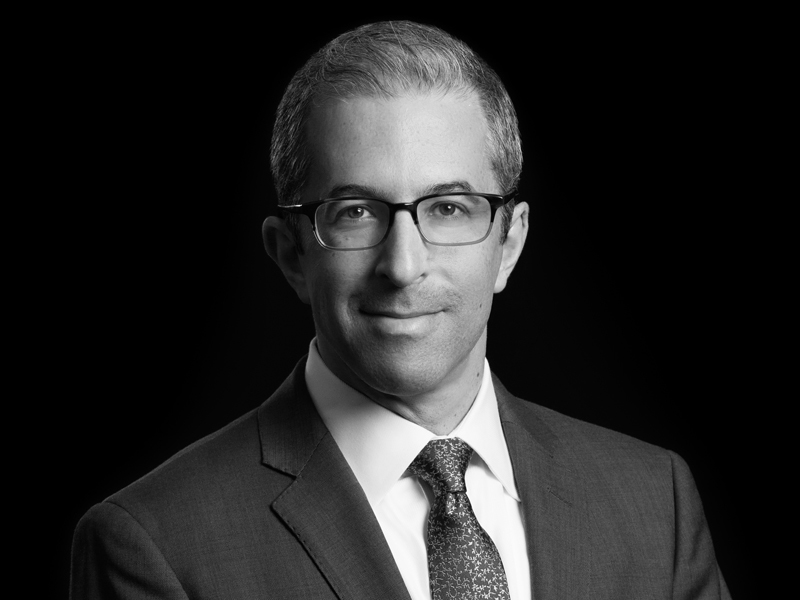 Jed I. Bergman focuses on complex commercial litigation, with a particular emphasis on sophisticated financial transactions and procedurally challenging, multi-forum disputes.  He has successfully represented corporations, investment funds, and individuals at all stages, from pre-suit investigation through trial and appeals, in state and federal courts.  In recent years, Jed’s practice has focused particularly on complex contractual disputes; commercial cases presenting overlapping tort, contract, and fiduciary duty claims, including issues of in pari delicto; shareholder activism; and disputes over revenue-sharing, earnout, and similar agreements.

Clients in a wide range of industries have relied on Jed to handle their most challenging representations, including the investment fund, real estate, telecommunications, renewable energy, medical device, gaming, insurance, electronics, natural resources, retail, apparel, publishing, and consumer products industries, among others.

Jed is recognized in Benchmark Litigation and Super Lawyers.  Prior to joining the firm, Jed was a litigator at Wachtell, Lipton, Rosen & Katz, and served as a law clerk to the Hon. Amalya A. Kearse of the U.S. Court of Appeals for the Second Circuit.

In a major victory on behalf of global asset manager MatlinPatterson and certain of its principals and affiliates, Kasowitz Benson Torres has secured the dismissal, in a ruling from the bench by Senior Justice Charles E. Ramos of the Supreme Court of New York, Commercial Division, of $123 million breach of fiduciary duty claims brought by a minority shareholder of a MatlinPatterson portfolio company, DuCool.